So, a while ago my friend Arash bought some Taig lathe pieces and there was this unknown origin quick change tool post in the batch. He sent me this one picture and I have had it in my things to create folder. 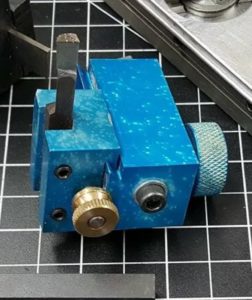 There were no measurements, but you can get a pretty good idea from the picture, and it is for a micro lathe, so it can’t be too big after all. On my birthday eve I was rummaging around on YouTube and found a guy from Confounded Machine that made a set without using a dovetail cutter, for some unknown reason, as they are $10 shipped from Amazon by 8am. He sold plans for his set for $3.00. I bought them and set out to lock myself in the garage on the mill…I did not use anything but his basic starting measurements and created my own design and layout. 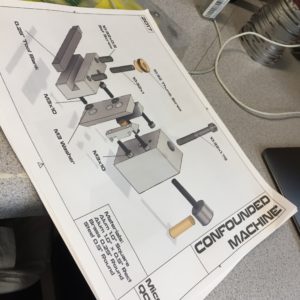 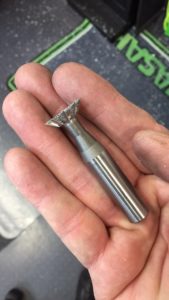 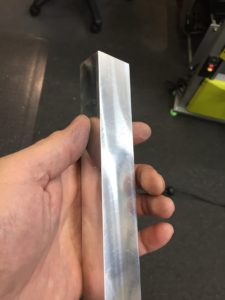 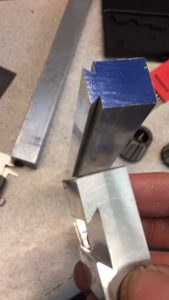 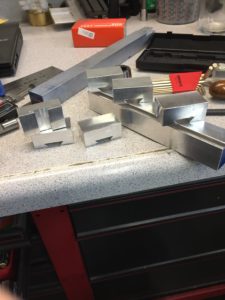 I started with facing the bars and getting the dovetails to work nicely. 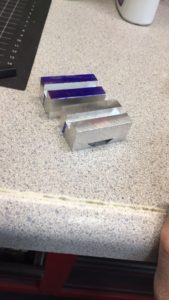 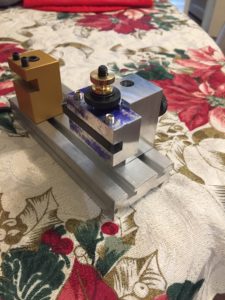 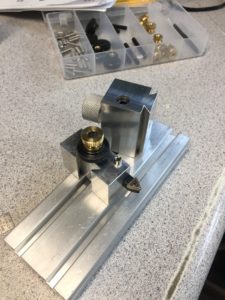 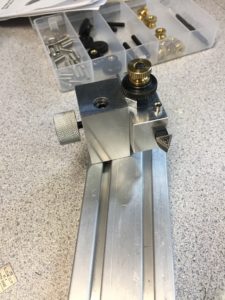 Functioning great, but something was missing…. Chineseium! That was it! The way quality mass-produced parts look was missing. The anodized look. No milling marks. I researched farther-deeper on YouTube and could not find a good way to get the intricacies tumbled/finished right….I called my friend Frank, the recently retired Prototype Machinist at General Motors in Yuma.  He said “Vapor Blasting sounds like what you want and Shortblock Charlie has a Vapor Blaster…” So I took a trip to Tempe to see Shortblock with my batch of freshly machined parts.

OMG!! I spent an hour or so with his large blaster and: 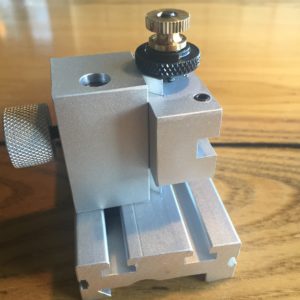 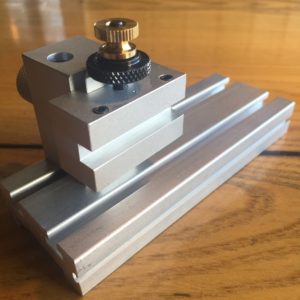 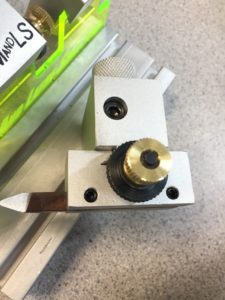 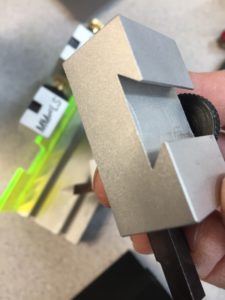 It works SO incredibly well!! Next month I should have a Vapor Hone Micro Vapor Hone for doing small parts smaller than 13x13x17″. My mind has plans for it.

Next, I messed a bit with the lazzzer and made a display stand and Cermark etched logos on the pieces. 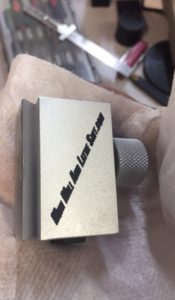 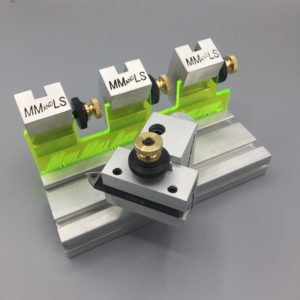 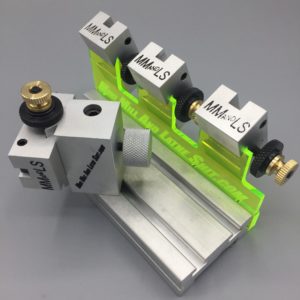 I took it to Taig Tools in Chandler to show Craig. You could see the gears spinning in his head. I am not set up to do large quantities of machine work, but Craig is. If he does not choose to do it, I’ll farm the project out to a 5 axis CNC buddy. We’ll see what comes of it. In the meantime I have a pretty darn impressive KWICK Change Tool Post setup for my Taig Micro Lathe that I milled and turned myself, and I had zero scrappage (is that a word?) of parts. ….where’s my YouTube Certified Machinist badge??

Final rendition of my Prototype, including the 3D Printed Thumb Drivers to fit the Allens.

Thanks for watching.
Cheers,
Pete 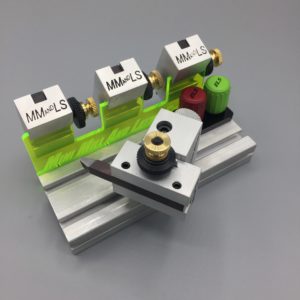 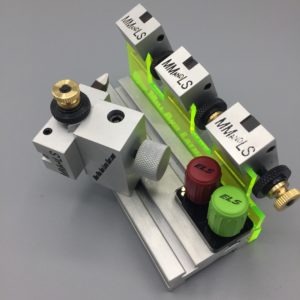 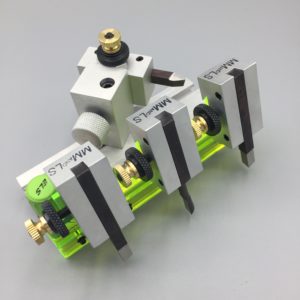 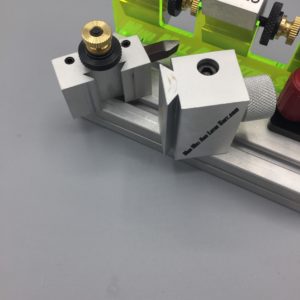 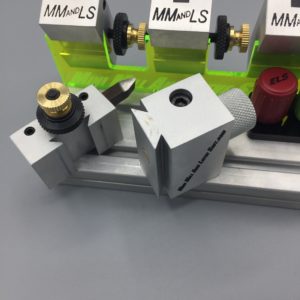 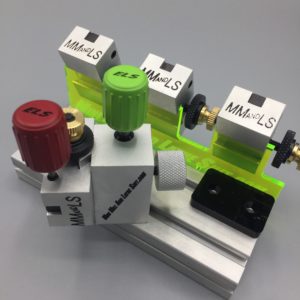